Flights Close to an Emergency Response – How Close is “Close”?

Flights Close to an Emergency Response 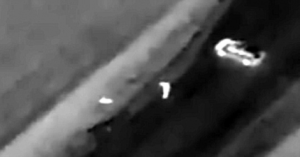 Daily Mail: Remarkable moment police drone finds man who is FREEZING TO DEATH after staggering away from a car crash and falling unconscious into a deep ditch at night

How close is “close”?

Recently, I’ve noticed a few images of accident scenes in some Facebook groups.  These include a video of a fire in a congested area and a number of photos of road traffic accidents.  This is an almost inevitable consequence of the spread of drones coupled with the relaxation of restrictions, particularly in the <250g weight bracket.

Many operators seem unaware that flying anywhere near the scene of an emergency incident has been a specific offence since the beginning of 2021.  Below, I’ve picked out the relevant “Responsibility of the Remote Pilot” from the UK UAS Implementing Regulation.  This regulation is now part of the Air Navigation Order (ANO).  I’ve picked on the Open category section, but the same requirement applies when operating in the Specific category:

What is the penalty?

Looking at the Air Navigation Order, Article 265B states that:

(3) A remote pilot who contravenes a relevant requirement imposed in the Unmanned Aircraft Implementing Regulation is guilty of an offence.

The “relevant requirement” in this case is the requirement imposed in point UAS.OPEN.060(3) (flights close to emergency response) – See ANO Article 265B(5)(j).

So what is the penalty for this contravention?

You’ll need to take a peek at the ANO Article 265F for the levels of penalties.  In this case, if you run through the ANO you’ll find that you have committed an operational/in flight offence against 265B(1)(a) and since the offence is not listed under 265F(2)(a), which would be liable to a level 3 fine then it automatically falls under 265F(b), which is a level 4 fine.

But the emergency services don’t own the airspace…

I get tired of hearing this particular argument.  No, the emergency service don’t own the airspace.  But he state does (it is a state asset) and the state has decided in law that the airspace has to be cleared in the event of an emergency scenario.

If you think that this is a horrendous imposition on your “freedom to fly”, then consider that the rules that have closed down “your” airspace during an incident are the same  ones that let you fly your Mavic Mini freely in a town centre.  Something that was impossible before December 2020.  With rights come responsibilities.

The advantages of drones

You know how you like to fly your drone because it gives you a fantastic overview of an area…a “helicopter view” if you like?  Well, it turns out that the emergency services like the technology for exactly the same reasons. In fact, as thermal drones get cheaper and more capable, it’s likely that more patrol cars and fire vehicles will be equipped with them.  Drones are as good at helping to trace missing persons or chase down the bad guys as they are at locating the seat of a fire.

Even better is the fact that drones can be deployed so quickly compared with calling in a helicopter.  They are also far cheaper to buy, maintain and use and can be sharply focussed on a scene in minutes.

What’s the problem with me being up in the air too?

The problem is that emergency responders have a responsibility to mitigate or reduce ground risk the same as all other drone users do.  If they are operating in a congested area but there is another drone in the vicinity, then they will be very cautious about launching their own equipment.  They have no idea about the other aircraft’s remote pilot, their experience, situational awareness or even their motive for being there.  So because you are flying your Mini 2 in the flight volume they need to operate in, they are unable, for safety reasons, to launch their M300  in order to potentially save a life.

The chances are that as the emergency services come across more “strangers” in the air above incidents, then they will start to deploy technologies such as DJI’s Aeroscope, This system can identify and track most drones on the market today and pinpoint the pilot’s location.  You can be pretty sure that after they have dealt with their emergency then they will be following up with a visit and possible action against the offender.

So how close is “close”?

When the emergency services deploy, they have certain standing exemptions in place where life is at risk or in the event of a major incident.  This means that they may fly beyond visual line of sight, perhaps up to 2km from the operator.  This would be extreme but flights up to 1000m are common.  They really don’t want other drones within this area so the best thing you can do if you witness an incident is to get out of the air and let the blue light services do their jobs.

Don’t take my word for it

I’m not directly involved with any pf the emergency services.  What I’m writing about here comes from an understanding of the regulations as well as an appreciation of aviation risks around drone use.  So don’t take my word for any of this.  However, there is a chap called Chris Rainford who has been involved in drone use with the emergency services from the very early days.  You can hear about his experiences in a UAVHub podcast or watch the YouTube version here.

Can I ever fly near the scene of an emergency?

Never say never.  Anything can be done with the correct permissions.  If the commander on the ground can make use of your drone, then you may be given permission to operate.  But be careful.  Because a policeman or fire officer lets you fly, you can only do so if the other requirements for the flight are met.

This means you must have the correct level of competence for the area you are flying in for the drone you are using.  It may be easier to achieve this than usual, after all, the police can clear a 50m radius far better than you normally can.  But a police officer cannot endow you with a permission of competence you don’t hold.  I am sure that in an emergency any breach would be overlooked but you will need to be sure of your position before putting your drone in the air.